LIIHEN is engaged in manufacturing furniture product such as Bedroom sets, Office furniture, and Dinning sets.

LIIHEN had their products sell in one major country which is United State, 75.50 % of total 2016 revenue. In Malaysia, LIIHEN only sell 9.77 % of the total revenue. 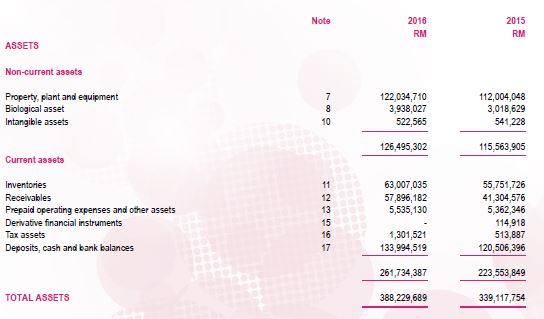 From 2016 Annual Report, LIIHEN consists of RM 522,565 of intangible assets which incurred in connection with the lease of right to use approximately 3,473 hectares of permanent reserve forest land in Johor for planting and cultivation of rubber trees. The local state authority has the right to take back the land anytime to exclude from the rubber trees planting programme which what they did on 22 February 2016 to exclude 3,037 hectares out of 3473 hectares from the rubber trees planting programme. Dividend and Bonus Issued for the past five year